Presentation of the METHOD of COLOURSTRINGS

By Yvonne Frye, Professor at the East music Helsinki Institute 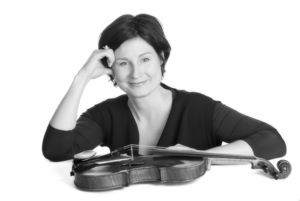 A Presentation of the METHOD of COLOURSTRINGS by Yvonne Frye, Professor at the East music Helsinki Institute, took place on Saturday 2nd February 2013 at 11.00 am, at the concert hall of the Attiko Conservatory.

Yvonne Frye began learning the violin at the age of six, and received violin tuition from Prof. Vesselin Paraschkevov at the Folkwanghochschule Essen, in her secondary school years. As a tertiary student, she studied with Prof. Helge Slaatto and Mr John Lambos at the Hoschschule für Musik, Detmold, graduating with a Diploma of Violin Pedagogy.

She continued her musical studies at the Kärtner Landeskonservatorium in Klagenfurt, Austria in the violin class of Prof. Helfried Fister,  who was her most influential and important teacher.

In addition to her teaching at music schools in Lüdinghausen and Beckum-Warendorf (Germany), Yvonne Frye has performed as a chamber musician in various ensemble combinations, and in particular, with her duo partner and pianist Andreas Lobisch. As a freelance musician, she has also worked with many orchestras including the Detmolder Kammerorchester, and is concert master of the Kourion-Orchester Münster.

In 1996 she met Geza und Csaba Szilvay.
Fascinated by this concept of instrumental tuition for beginners, she began teaching Colourstrings and wrote about the method in her diploma thesis.
Working closely with Geza Szilvay, Yvonne translated the handbook for teachers, and other Colourstrings literature into German.

Since 2007 Yvonne is teaching at the East-Helsinki-Music-Institute. As a lecturer she is giving Colourstrings seminars at music schools and institutions such as the Münster Musikhochschule, Germany, ESTA Germany, ESTA Austria, Sibelius Academy Helsinki, Bundesakademie Trossingen, Hochschule für Musik Hans Eisler Berlin, etc.

Since 2009 Yvonne Frye is teaching the Violin Pedagogy at the Sibelius Academy in Helsinki.